The Tourism Authority of Thailand is a Supporting Sponsor of the first Thailand Charter Week, which features an impressive line-up of boats.

The Tourism Authority of Thailand (TAT) has signed up as a Supporting Sponsor of the first Thailand Charter Week in a huge boost for the inaugural six-day event, held at Phuket Yacht Haven from November 16-21. 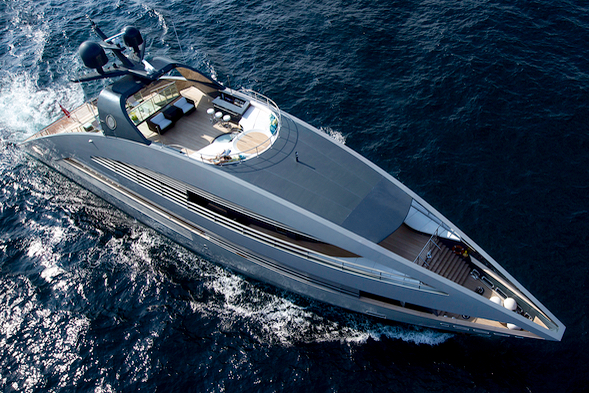 The 41m Ocean Emerald is represented by Camper & Nicholsons

Organisers were also facing the ‘good problem’ of over demand for berths, especially after a series of large yachts signed up in the lead-up to the event.

The iconic 41.3m Ocean Emerald is the largest boat in the line-up and will exhibit at Yacht Haven four years after appearing in the movie remake of Point Break. The yacht often berths at Ocean Marina Yacht Club in Pattaya, is represented by Camper & Nicholsons, and is available for charter in Southeast Asia and the Indian Ocean.

Launched by Rodriguez Yachts in 2009, the 135ft motor yacht was designed by Norman Foster and has five suites for 12 guests, a bar, jacuzzi and enormous exterior decks for entertaining. Toys include jetskis, kayaks, scuba diving equipment, plus a wakeboard, waterskis and inflatables that can be towed by an Axopar tender that can reach 50 knots. 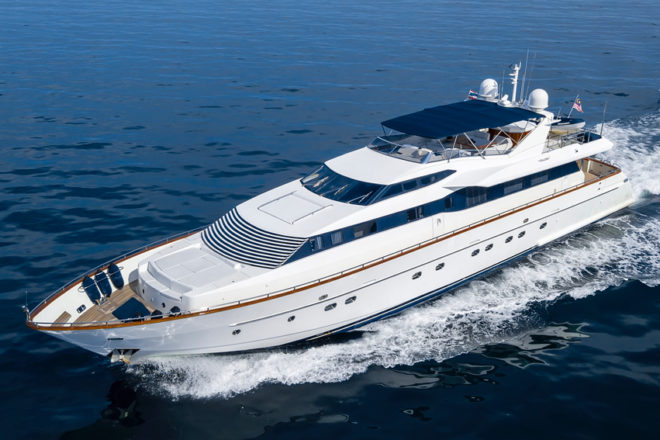 The 106ft Demarest, last refitted in 2016, is the former Aquarius S built by Italy’s Falcon Yachts and has an elegant, five-cabin interior by Stefano Righini

The 32.2m Demarest (formerly Aquarius S), built by Italy’s Falcon Yachts in Viareggio in 2006 and last refitted in 2016, is the second-biggest yacht in the provisional line-up. The five-cabin yacht has an interior by Stefano Righini, famous for his work for Azimut over the last three decades, and a top speed of 27 knots.

At 31.6m in length, Silverlining is the biggest sailing yacht in the line-up and is represented by Fraser. A Sparkman & Stephens design, the 104ft yacht was launched in 2011 and has cruised more than 50,000nm, visiting more than 40 countries. Now based in Phuket, the yacht features two saloons and four guest cabins.

The 31.5m Aveline, a Maiora 31DP motor yacht, is a recent addition to the show by Northrop & Johnson and newly available for charter in the 2019/20 season.

Other newcomers include the 29.5m Mia Kai, which is represented by Ocean Independence and had an extensive interior refit in 2017, and the 29.5m Lady Eileen II, a motor yacht built by Taiwan’s New Ocean Yachts and represented by Yacht Sourcing. 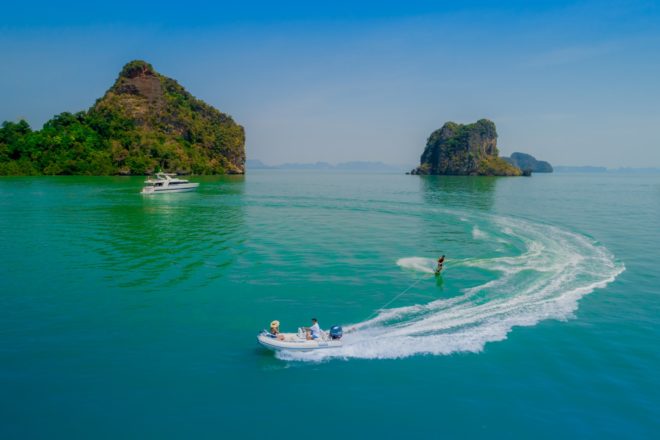 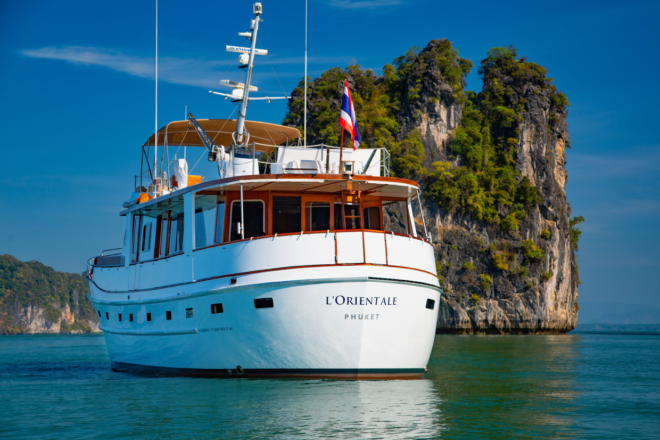 Matthew Na Nagara, Chairman of the Thai Yachting Business Association, the event organiser, said: “Firstly, we’re truly grateful to have the Tourism Authority of Thailand sign up as a Supporting Sponsor of the Thailand Charter Week at Phuket Yacht Haven from November 16-21. This event is designed to show the amazing appeal of Thailand’s yacht tourism industry and its spectacular coastlines, islands, beaches and marine life.

“The Thailand Charter Week is building up nicely, with more large yachts signed up in the last couple of months and challenging us to find ways to accommodate them all. We have a full calendar of events for the show, including some great trips into the beautiful areas surrounding Phuket, and are confident that this first edition will prove a success.” 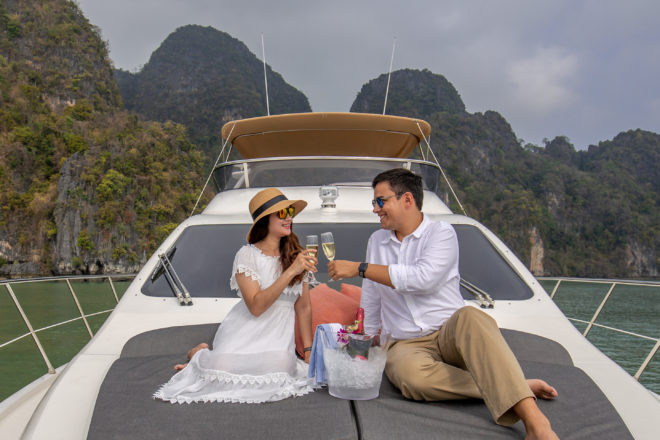 The event’s partner hotels include The Slate and Dusit Thani Laguna Phuket on the island’s west coast, and Como Point Yamu on the east coast, while Coconut Village will host a beach party.

The Thailand Charter Week will be followed by the Ocean Marina Pattaya Boat Show (November 21-24).

The original article appears in Yacht Style Issue 50. Email subscribe@lux-inc.com for print subscription enquiries or subscribe to the Magzter version at: www.magzter.com/SG/Lux-Inc-Media/Yacht-Style/Fashion/